Welcome to OpenSea's CryptoSaga Guide! Here you will find useful links for both the trading platform and the game itself. Enjoy!

Gameplay content taken from https://cryptosaga.io and the CryptoSaga Discord channel.

CryptoSaga is a decentralized RPG, running on the Ethereum blockchain. CryptoSaga’s heroes are ERC721 tokens. They are non-fungible, which means they are all unique! Even for the heroes of the same class (which means they share their appearance & same initial name), they have their own unique Individual Values that will lead them to have different HP, ATK, DEF, AGL, and LUK after they level up.

The gameplay portion is planned to be release late March, early April 2018, while the Hero cards are available now!

See the Getting Started page for details on preparing to play the game! All resources on this wiki taken from https://cryptosaga.io​

Join us on the DISCORD SERVER: https://discord.gg/qDxCBYD​

Check out the OpenSea Marketplace at https://opensea.io/assets/cryptosagahero or get random card packs from https://cryptosaga.io For detailed information on acquiring new cards from the OpenSea marketplace, check out the Buy and Sell Cards section of this Wiki.

Each Hero will have it's own stats, strengths, and weaknesses. There will also be a rarity associated with each hero. Rarer heroes will be more powerful.

NOTE: there will be restricted places where only rarer heroes are allowed to be deployed.

Heroes have different Aura associated with them: Fire, Water, Nature, Light, and Darkness. These will either Boost or Nerf that hero when fighting against a monster.

Organize a strong and diverse party of heroes to destroy the competition, and gain the limited resource, GOLD.

Gold is the name of the CryptoSaga brand ERC20 token, which is widely used as an in-game currency. You need Gold to level up your heroes. Heroes with higher levels will be stronger.

As the ecosystem of CryptoSaga and the partner developers expands, you will be able to use Gold to earn items in other games!

Dungeons are where you carry your party into battle against the game's mobs of monsters and bosses. As of right now, this is the main game mode for CryptoSaga.

In order to play, you must head to the Dungeons tab on the CryptoSaga site https://cryptosaga.io/#/dungeon.

You'll notice at the bottom of the Dungeons Map, there is a 'Parties' bar on the left, and 4 empty squares in the middle. You can create/store 5 parties of up to 4 Heroes each.

In order to create a party, first you must select a party number (Party 1 is selected by default). Party order is important here, as [at least right now] your characters will be attacked in order, from right to left. You will generally want to put your highest defense party member on the right. Click the 'place' button next to the Hero you'd like to enter into your party

We'll start with our Succubus, since she has the highest defense. Placing her in the right-most spot. Next we would set up our heroes based on their Auras compared to the Auras of the enemies we're going to face.

Now, that we have our party assembled, we can enter a dungeon. There are several Dungeons to choose from, each having different enemies to face off against. Goblin's Mine is the easiest Dungeon to battle in, and must be completed to the 5th Floor to unlock additional dungeons. Let's enter it by clicking the 'Battle' button.

This should generate an Ethereum transaction which you must SUBMIT in order to start your start the Dungeon battle. Your wallet should determine appropriate network costs, but you can choose your own if you want. NOTE: You have not started your dungeon battle until you SUBMIT this transaction and it gets completed on the Ethereum network.

Once, the battle is accepted on the network, you will have the option to watch the battle, and your Heroes will gain experience, and Gold if the battle is won!

On every 5th floor, the enemies get stronger, and the Gold rewards get increased by 5 Gold per battle. They start at 5 gold, so on Floor 6 you start earning 10 gold, Floor 11 earns 15gold, etc. For completing each set of 10 floors in a Dungeon, you will earn a Dungeon Loot Chest. Thus far we have found the loot to be a new Rare CryptoSaga Hero! Dungeon Loot will appear in the 'My Heroes' tab on the website.

The arena is where you will put your party of heroes up against another human player's party. The winner will receive GOLD, and in some cases ETH as a reward.

Delegated Proof-of-Stake Inspired by the concept of many crypto-currencies with DPos concept. Top 101 guilds with most powers will receive daily gold reward. Guild Masters will share the profit with their guild members. The distribution of rewards will be done automatically by the smart contracts, without any unfair process involved. This concept will be explained later on with more detailed information showing how it works.

You can view your CryptoSaga cards by navigating to https://cryptosaga.io/inventory.html​

Next
Buy and Sell Cards 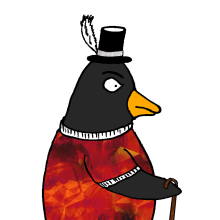